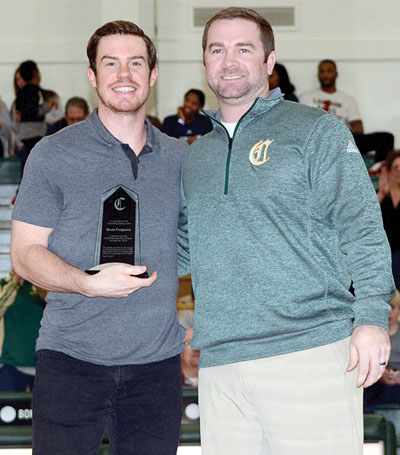 Drafted in the 19th round by Houston in 2015, Ferguson was named to the Double-A Texas League All-Star team last season before a promotion: he was sent to Houston’s Triple-A affiliate, in Fresno, California, where he finished the 2017 season.

Still holding the Irish all-time record for runs scored in a career while top 10 in school history in four other categories, Ferguson continued to shine at Belmont.

In 2015, he was named a National Collegiate Baseball Writers Association All-American and a First-Team All Ohio Valley Conference selection.

Ferguson holds the single season Belmont record for runs scored, hits and doubles while ranking in the top 15 all-time in six other program categories.