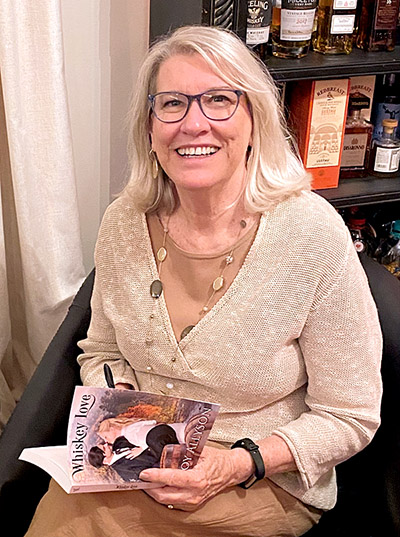 A former area educator and Bearden High School graduate has had a long-held dream come true, which she will share with the Farragut and West Knox County community Saturday, Dec. 3.

Joy Smith will be selling and signing her debut novel, “Whiskey Love,” (published by The Wild Rose Press), from noon to 2 p.m. in Linda’s Hallmark, Village Green shopping center.

Written under her pen name, Joy Allyson, the book is based in part on the life of a Tennessee woman, Louise Nelson, who inherited a whiskey distillery from her late husband. Smith’s fictional retelling has a younger heroine, Chloe Tanner, whose grandfather left her the distillery.

“It is set in the fictional town of Oak Hollow ... and (Chloe) has to fight to keep it from others who wish to take it over,” Smith said, noting she conducted numerous interviews with descendants of the real-life inspiration for her novel.

He replaces David Verble, who recently announced his retirement.

A certified public accountant, Holliman graduated from Tennessee Tech University in 2002 with majors in accounting and finance.

Holliman, who will retain his title as president as well, has been with Citizens National Bank (CNB) for eight years and said customers can expect the same excellent service the bank has provided East Tennessee since its founding in 1973.

He plans to continue to differentiate the bank by being intensely local.

Holliman joined Citizens National Bank in 2014 as chief financial officer and senior vice president and was responsible for the finance and purchasing departments. He was promoted to bank president in 2018.

The bank’s branches, call center and board of directors are all local to Knox, Sevier, Jefferson, McMinn and Hamblen counties.