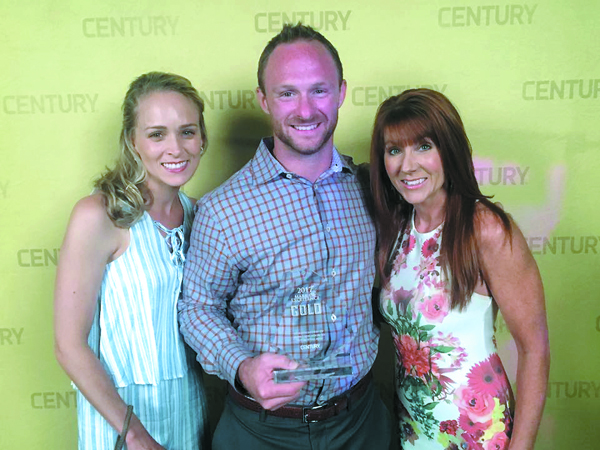 “It was [Century’s] highest level of recognition through that company,” KAMA owner/master instructor Robert Butturini said.

“They are a really big martial arts company,” he added. “[Rogers] heard our story [of how KAMA opened] as a new karate school and how we’ve grown organically in the community.

“He thought our story was a good one and wanted to feature it in Martial Arts Success magazine.”

Butturini thought KAMA received the award for its contributions to the community. ”We sponsor [activities] at a lot of [area] schools,” he said. “We do a lot of outreach, trying to help better our community through what we teach and how we work with our families.

“We try to work hand-in-hand with the parents,” Butturini added. “We want it to be a cooperative, joint effort to help raise these kids.”

added. “It’s a great complement to martial arts because karate and kickboxing are all stand-up. You are learning how to defend yourself against an attacker who’s standing up. And, jiu-jitsu is on the ground, so if your attacker tried to take you to the ground or maybe you fell to the ground, in that situation, you are going to know what to do no matter where you are — standing up or on the ground,” he said. “So, the jiu-jitsu really makes our program well-rounded.”

The school has from 30 to 35 karate classes and 12 jiu-jitsu classes per week. It also offers morning cardio kickboxing sessions, a workout for anyone wanting to get into shape. In the evenings, KAMA offers the karate, kickboxing and self-defense classes, where students earn ranks.

when he was part of his father’s business.

“I started helping with classes when I was around 12 years old, but I wasn’t a paid instructor until I was 15,” he stated in the magazine article.

“I always loved martial arts. It’s just been a passion of mine just from growing up,” Robert Butturini said. “I started [karate] when I was around 5 years old, and I’ve never quit doing it.

“A lot of people will start and stop then come back in later years, but it’s just something that I’ve loved doing my whole life,” he added.

For more information about KAMA, call 865-675-4499 or visit online at RButturini@rbkama.com