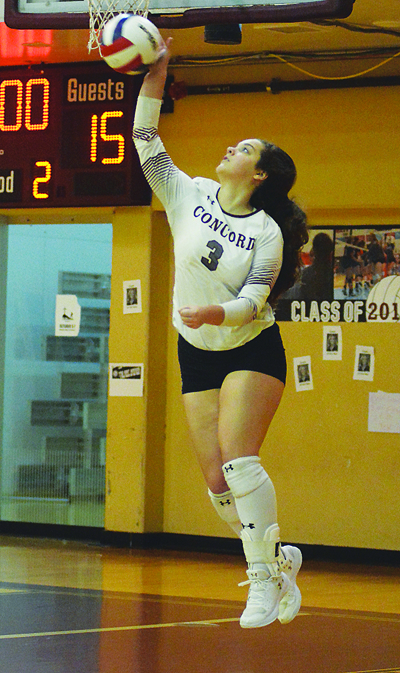 “We played well, even when Annabelle was taken out,” Hochevar said about outside hitter Gracie Campbell, who filled in effectively off the bench when freshman Annabelle Sulish suffered a cut chin. This test of depth came during a do-or-die TSSAA Division II-A East Region playoff game versus Silverdale Baptist Academy of Chattanooga at CCS Saturday afternoon, Oct. 6.

“I called upon our bench and they played very well. We’re a well-oiled machine. Without all the pieces it wouldn’t work.”

Comparing this team versus the 2017 Lady Lions, when she was an eighth-grade contributor, Sulish said, “This team is more like a family. There’s less stress. We’re all calm with each other.”