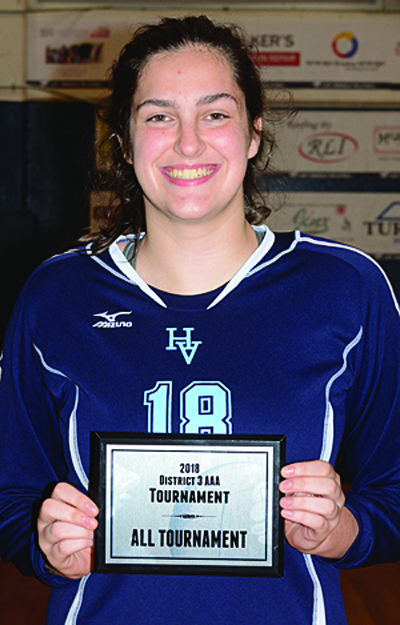 The Lady Ads, which has beaten the Lady Hawks (21-11) four times this season, improved to 32-10 with the season-extending victory over third-seeded HVA.

“I’m proud of my team,” said Morgan Smithson, HVA senior outside hitter who earned District 3-AAA All-Tournament honors. “It’s tough to lose a game like this but we had some adjustments to make [during the regular season]. We made those and we came a long way.

“We were supposed to be rebuilding after two trips to the state. But we came a long way and we came this far,” she added.

HVA head coach Mitzi McCurry struggled to contain her emotions after the loss.

“I’m really proud of my girls,” she said. “They played their [butts] off and if we had to lose like this, they went out as a family playing together like they didn’t have anything to lose.

“I’m really proud of them.”