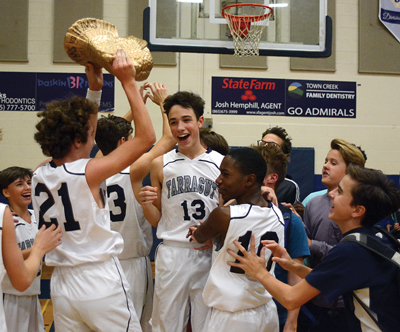 Still, that wasn’t the biggest story of the day. That was Farragut’s defense.

The Admirals didn’t surrender a field goal to the Hawks in the first half en route to posting a 38-17 Knox County Middle School Basketball Conference victory in Bobby J. Henry Gymnasium.

The Admirals’ attack remained balanced throughout the contest.

“... They work hard even when the shots aren’t falling. They’re still getting to know each other and they’re learning to play together. They’re learning an entirely new system.”