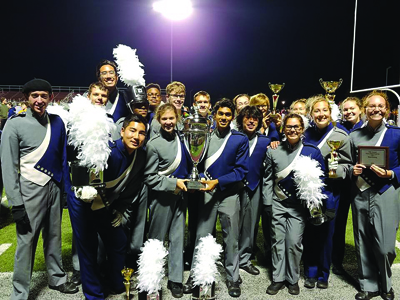 Taking on a new program was not an easy task, but FHS Band Boosters president Scott Childress praised Carrico — who began his tenure just 14 days before summer band camp began — and his effect on both the students and the parents. “He inherited a program which had many challenges,” Childress said.

Enthusiasm and dedication yielded a cohesive performance culminating in Superior ratings in all categories at the season’s first competition, Upper Cumberland Marching Band Festival, in Crossville Sept. 15, which Childress noted was just 61 days after the first day of band camp.

The Marching Admirals went on to successfully compete in three more contests. “From where we started, I couldn’t ask for anything better,” Carrico said.