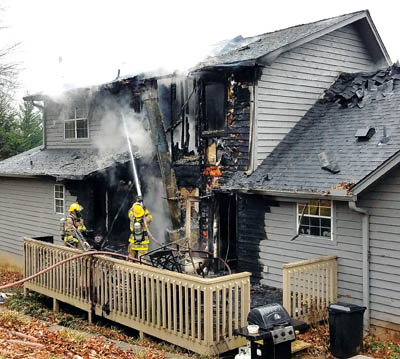 A house fire Saturday, Dec. 8, badly damaged a home at 9928 Sierra Vista Lane, just off Hart Road in Concord. Rural/Metro Fire Department responded to the 11:29 a.m. fire, which initially was believed to be located in the home’s chimney — with one of the occupants saying a fire was burning in the fireplace prior to the spreading flames — Rural/Metro reports stated. First-arriving crews then reported fire on the back of the house, which apparently spread to the attic. The fire was put out when the 24 on-scene firefighters were able to extinguish the flames outside, then inside the residence, reports further stated. No injuries were reported, as two occupants and their pets were able to escape the structure.

The incident remains under investigation. Six engine companies, one truck company and a rescue vehicle responded to the scene.