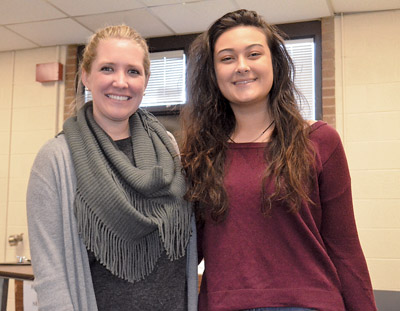 Abbi Hamilton was with a friend who had a history of strokes on Saturday, Dec. 8, when the friend “kind of looked at me and said she thought she was having a stroke.”

“I used (FAST), and saw that her face was drooping and tried to get her to repeat ‘she sells seashells by the sea shore,’ and realized she was having a stroke,” Hamilton said. “She refused to go to the hospital, but I was able to take her to her car and get her emergency medication.”

Hamilton said she “definitely” credited knowledge learned from Ryan and other health classes, along with instruction from her mother, who has a nursing background, with helping her in the crisis situation.

“I looked at her face, and checked her range of motion,” she said. “And my friend started saying she was fine, but I said, ‘No you’re not,’ and got her to go home.”

The second lifesaving student, who wished to remain annonymous, sprung into action the morning of Tuesday, Dec. 11, at Farragut McDonald’s.

A frequent runner, he had actually run the 2.4 miles from his home to the fast-food restaurant to pick up some food for later in the day, when he witnessed a commotion in the back of the serving area.

“I heard screaming and yelling from the kitchen, then saw a crowd around a man who was slumped over,” he said. “I kept thinking, ‘what can I do? What should I do?’

Not only curious but also hoping to help, he walked behind the serving counter, where he saw a McDonald’s worker slumped over but supported by coworkers.

He was shooed away by an employee who apparently thought the student was just being nosy.

By now, the victim was on the floor, and the student witnessed someone incorrectly attempting CPR.

He said he decided to go ahead and offer assistance “because I would have felt really bad if I had not have stepped in, and maybe I could have helped.

“I went back behind the counter, and told them I was certified in CPR,” he added. “I saw that (the victim’s) face was purple, and his eyes were bulging and he was not breathing.

“I tried to check his pulse in his carotid artery, but couldn’t find it. Then I checked his brachial artery, but he was still not breathing.”

He started doing CPR compressions, and he said before he got to 30, he asked if 9-1-1 had been contacted, and was assured it had been.

After he completed one revolution of CPR, he said he counted 10 seconds, then started CPR again until the ambulance arrived. “I did not know if he was breathing by then,” the student said.

Less than nine minutes had elapsed from the time the student entered McDonald’s and the ambulance arrived.

The student said he called McDonald’s to check on the victim and was told he was doing well.

He said he didn’t know if the victim knew what he had done for him, “but he doesn’t need to know.”

The timing of the entire situation leading to his emergency help is a wonder to the lifesaving student.

He said classroom instruction also helped him, as did training he received as a Boy Scout working on a lifesaving merit badge.

Ryan said she is “thrilled” with her quick thinking students, both of whom are in her medical therapeutics class.

“I love my students and am so proud of them,” said Ryan. “And I’m thrilled that both my students were able to make life-saving decisions based on knowledge they learned here at FHS.”