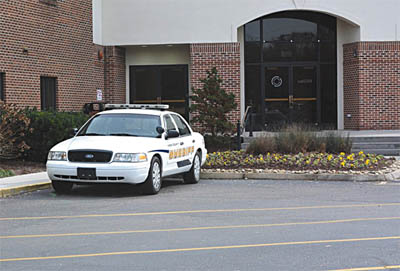 Officials reported the message to the Knox County Sherriff’s Office “in accordance with the school’s protocol,” and officers conducted interviews with students and staff Wednesday, Dec. 19, a CCS press release stated.

Head of School Donald Snyder released a statement to parents Wednesday morning, Dec. 19: “out of an abundance of caution to ensure the safety of all who are on our campus, several added security measures have been put in place today.

“The additional precautionary measures include increasing our on-site security as well as conducting searches. Concord follows the safety protocols and is being assisted by the Knox County Sherrif’s Office. Because your child’s safety is our top priority, we never take incidents and concerns lightly and will always be vigilant in our security effort.”

During the process, First Baptist Concord (which adjoins CCS)/CCS security team searched bags and backpacks — and discovered an unloaded air soft pistol, which is a school-prohibited item according to the press release.

The student involved was released to his parents “per CCS and KCSO protocol,” the release further stated.

The air soft gun confiscation is not believed to be related to the concerning message, officials stated in the release.

“As both a concerned parent and elected official, I did speak with the CCS administration this morning,” state Rep. Jason Zachary (R-District 14), whose son attends CCS, said late Wednesday evening, Dec. 19.

“I’m very thankful for the full-time security team that is on the CCS campus and their immediate response to any security concerns that arise during the school year.

“CCS’s Security Team immediately engaged the KCSO and followed the proper steps to address the security concern discovered on Tuesday,” he added. “I’m thankful for the leadership not only at CCS, but at our schools across Knox County to ensure the safety of our students.

“We are blessed to have a Sheriff’s Office that is quick to engage and respond anytime our schools need assistance, as is the case with CCS this week.”

No additional information has been released regarding either incident.

“The investigation of the concerning message is ongoing and we are working in conjunction with the Knox County Sheriff’s Office,” the CCS release stated.

“The school schedule was not interrupted and is continuing as normal. The safety of our students, staff and guests is always our priority at Concord.”