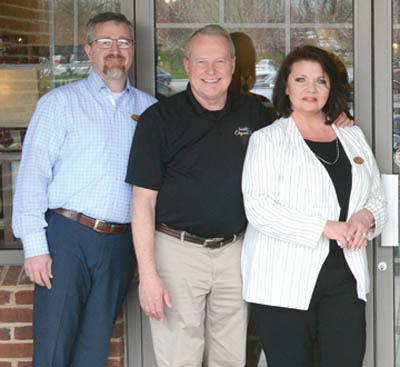 The re-branding and its benefits were celebrated by co-owners Bobby Carroll and his wife, Angie Carroll, during Amish Elegance two-day Re-Branding Grand Opening celebration Friday and Saturday, March 29-30, in the store’s 4,200-square foot showroom.

“I guess we were thinking about this about a year ago, sometime in through there,” Bobby said about re-branding the family company, which celebrated its third anniversary in Farragut Monday, April 1.

“… We had a previous partner that we worked with in Franklin, and we wanted to branch off. He had the Excellence name trademarked (formerly Amish Excellence), and so we actually wanted to get our own name and trademark it.”

The company also has expanded its choice of “fabric and leather” furniture options, including “sofas, love seats, recliners,” Bobby said.

Amish Elegance also has formed business relationships with “new vendors, new builders” that will allow for an even greater “expansion of product lines,” he said.

As for shopping convenience, “We just thought that maybe we needed to expand our website functions to get a little better options for the customers to see,” Bobby said.

“A totally different look and possibilities. … A lot better software.”