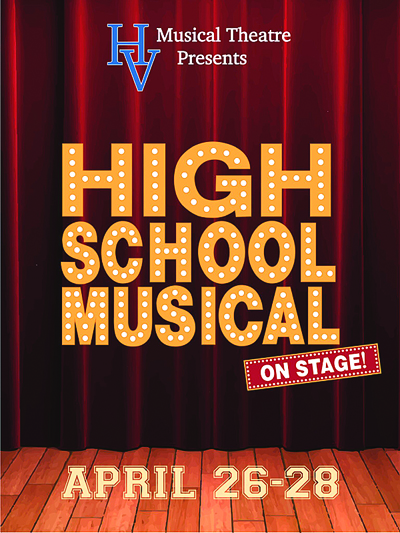 Tickets, which cost $5 for students and $8 for adults, will be available for sale at the door only, beginning at 6 p.m.

“We chose ‘High School Musical’ because this is really getting to be the last of the kids who loved it growing up,” said HVA choral director Teresa Scoggins, who is leading the musical.

There are 50 cast members, of which about 20 are tech and crew, she said.

The Jocks are Tristan Saidak as Chad Danforth, Brady Birling as Zeke Baylor and Jason Pablo Catopos as Jason plus Jake Borden and Julian Snoody.

Adults are played by Oliver Edmonson as karaoke MC, Kenzie Welch as Ms. Tenny and Alex Miller as moderator.