Four of top 8 at ‘City Meet’ from Farragut 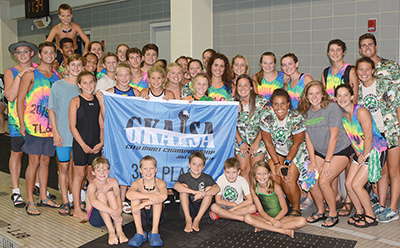 “We had a really good season overall,” co-head coach Jacob Gump said. Jayna Carbaugh was champ in 8-under 25-breaststroke at “City Meet.”

Concord Hills Piranhas claimed sixth-place over the weekend (850) at UT. Noah Jenkins won the 8-under Boys’ 100-IM and the 25-butterfly.

Kings Lorusso captured first in the 8-under 50-freestyle, as did the team’s 8-under mixed-freestyle relay of Kings, his brother, Sawyer Lorusso, along with Sam Duby and Ava Brinley.

In 9-10 girls 100-freestyle relay, Kylie and Emma were joined in that first-place effort by Emerson Clarke and Ella Roettger. Ella also won the 100-IM.