Rexrode honored for his military service 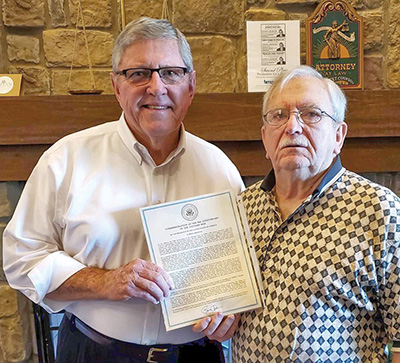 David Rexrode of Farragut, right, received a copy of the Presidential Proclamation for the Commemoration of the 50-year Anniversary of the Vietnam War  from Hugh Turpin, District Commander of The American Legion, Department of Tennessee. Turpin also presented David with the War Commemorative Lapel Pin for his service during the designated 13-year Commemorative period to honor and give thanks to a generation of service members: from Memorial Day (May 28) 2012 until Veterans’ Day (Nov. 11) 2025.

The Lapel Pin is presented to any living U.S. veteran who served on active duty in the Armed Forces at anytime during the period from Nov. 1, 1955 through May 15, 1975, regardless of the location where he or she served.