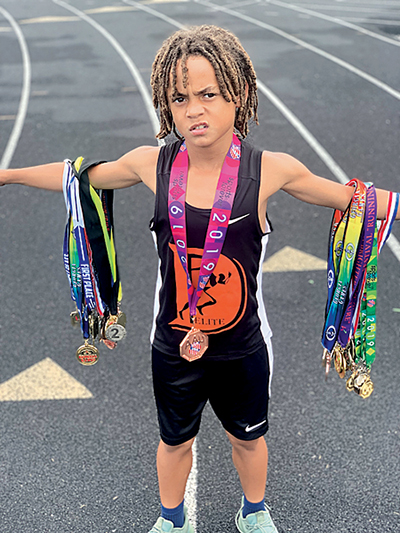 Kohbe Ward of Farragut, 9, finished seventh in the nation in the 800-meter run during the AAA Junior Olympics in Greensboro, North Carolina held Saturday, July 27, through Saturday, Aug. 3.

This Farragut Intermediate School fourth-grader — who is trained by his dad, James Ward Jr., and coached by his grandfather, James Ward Sr. — earned All-American status while running a personal best time of 2:35.18 in the 800 and finishing No. 2 statewide and in the region.

Undefeated and ranked No. 1 statewide and regionally in the 800 in 2018, Kohbe finished 15th nationally.

He also qualified in the AAU Junior Olympics 400-meter dash after finishing second in the state and sixth in the region, and as a leg in the 4 X 400 relay (winning both state and regionals).

Last year In the 400, Kohbe was No. 1 in the state and third in the region before finishing 35th nationally.