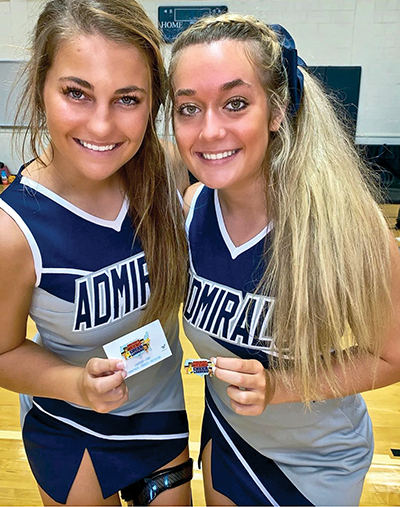 • Leadership Award (All cheer campers were ask what team would you most like to be a part of, and Farragut won the vote)

Perks include performing during the Macy’s Thanksgiving Day Parade — or, in the case of the three FHS cheerleaders, performing in the the London Holiday Parade, a press release stated.

• Senior Molly Brown, Fowler and Scarbrough. This honor can be earned based on any of the following: a camper going above and beyond in classes, including when learning routines, and never goes unnoticed; an individual that has a great spirit every day is something the staff loves to recognize; campers who shows how passionate they are and are kind to others.