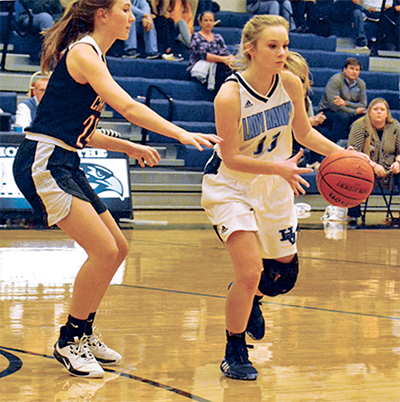 HVA trimmed the Lady Bobcats’ advantage to four, 53-49, on a three-point basket by HVA junior post Evelyn Hess with 28 seconds left in regulation. But a CHS offensive rebound following two missed free throws prevented the Lady Hawks from having a real shot to win late at HVA Friday, Jan. 3 — losing 55-49.

“Playing as hard as they could and giving a lot of second effort offensively and defensively, that is what got us back into the ballgame,” coach Galloway said.

Scoring all but two of Central’s points were post Mackenzie Babb, a game-high 21, and Morgan Babb and Ashton Blair with 16 each.