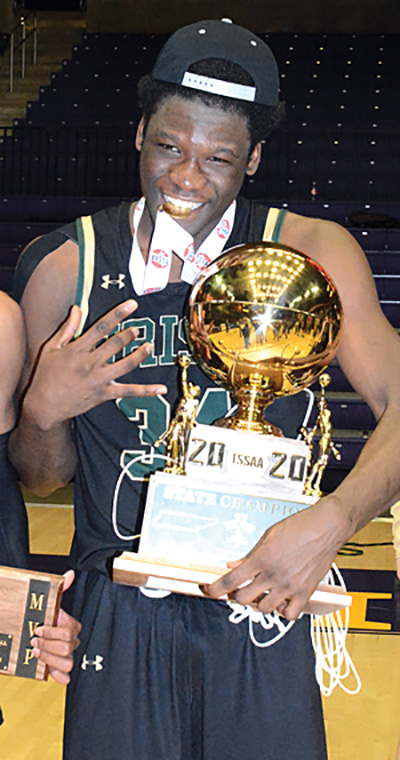 And then on Wednesday, April 22, he officially announced his future in academics and basketball. He had Division 1-A offers from Rhode Island, West Virginia, Seton Hall, Maryland, University of Texas-Arlington and Georgia among others.

But his verbal commitment was to Vanderbilt.

A versatile defender and one of the Knoxville Area’s most dominant post presences --- both offensively and defensively — as a 6-foot-9 power forward, Odusipe averaged 10.5 points and 11 rebounds in Catholic’s two state tournament games in Nashville.

A 170-pounder during his senior campaign, Pietarila was a three-time state runner-up during his stellar career with the Hawks.

Pietarila will wrestle at Cumberland University in Lebanon.

Declan Brophy will play football at Austin-Peay; Joey Leo and Malaika Grice both will head to Walters State Community College in Morristown. Leo will play baseball, while Grice, a standout post player for the Lady Hawks, will continue her basketball career.

Signing with the University of Alabama-Huntsville, “He’’ll have a great career in college,” Webb head coach Ricky Norris said. “This is my 29th year coaching and he’s the best shooter that I’ve ever had.

“I saw him score 48 points at Heritage, but the biggest thing about him is his willingness to play in our system,” Norris added. “He’s going to Alabama-Huntsville, a Division II School, and he won’t have to pay a dime for college.”

Burnett is not the only Spartans standout set to play college basketball next season.