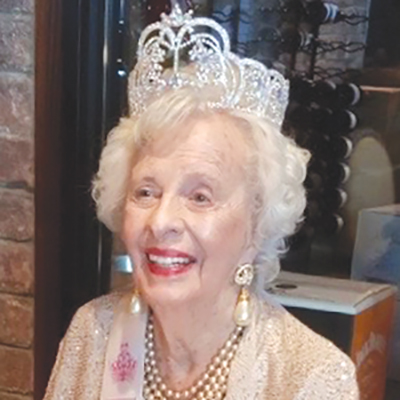 “I’ve never known anyone to live until 100,” stated Lura, who reached the century mark of life Thursday, Oct. 6. She shared details about her youth, married life, secrets to a long life and current joys during a recent e-mail interview.

Lura married Clarence E. McBride — a 24-year vice president of Colonial Freight Systems before being elevated to president from 1976 into 1981 — in October 1949.

“I remember tarpon fishing (with Clarence), trips to Ireland and England, and traveling west in our motor home,” stated Luna, as the couple first lived in what is now Farragut from 1964 to 1984. They moved back to Town in 1993. Clarence passed away in 1996.

Growing up in Birmingham and Robertsdale, Alabama, Lura also has lived in Naples, Florida, and Corvalis, Montana.

In Robertsdale, “I remember going with my father to feed the new ponies and going to the farmers’ market,” she stated.

However, “The mosquitoes in Robertsdale were terrible, and they were plentiful.”

Lura’s secret to longevity is one simple phrase: “a moderate lifestyle,” she stated.