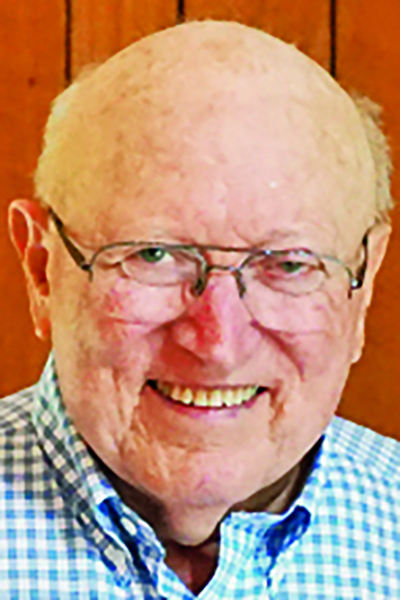 He also was a Founding Member of TCA, helped organize its business structure, recruited members, and served as its third president. In recognition of his leadership and influence, TCA established the annual Lafayette Williams Businessperson of the Year Award.

At their RiverView Family Farm, a seventh-generation farm serving local beef consumers since 1801, the Williamses delighted in welcoming guests, who were fond of Lafayette’s stories about local history, Tennessee agriculture and the family farm.

Lafayette and his wife, Janice, were advocates and supporters of 4-H and FFA activities. Beginning with his two sisters, he taught the art of showing livestock and stockmanship to many, including his own children and grandchildren. You would never have to ask him twice to attend a cattle show or sale — the call of the auctioneer rang in his heart.

From an early age, he exhibited at the Tennessee Valley Fair as a child, and has served on its board for many years. He was instrumental in the Knoxville Finished Cattle Show.

He graduated first in his class from the University of Tennessee College of Agriculture, followed by earning a Master’s degree, both in animal science. While a student at UT, Lafayette was a member of the Livestock, Dairy and Meats Judging Teams.

In the 1960s, Lafayette was the first person to earn a perfect score at the National Collegiate Meat Judging competition in Chicago. He continued to share his passion and knowledge for quality meat with his beef customers for more than 65 years. Getting to know his customers, their families and educating them about beef was something he considered an honor.

A son of Walton and Garnette Williams, of Concord, Tennessee, Lafayette was born on May 18, 1938.

Growing up in Virtue Cumberland Presbyterian Church, he served as an elder. Sunday School and church fellowship were a foundation of his love for Christ. Later, he attended Central Baptist Church of Bearden.

To remember him, he leaves behind his wife, Janice, whom he loved dearly, and was married to for more than 52 years.

He is survived by his son, Byron Williams (Stacy Johnson), daughter Rachel, her husband Chris Samulski, their daughters Iris and June.

Memorials may be sent to: The Williams Agriculture Legacy Fund c/o AgCentral Farmers Co-op, 920 N. Congress Parkway, Athens, TN 37303. Funds will be utilized for a project to benefit the Southeast production agriculture industry.

The family was served by Click Funeral Home, Farragut Chapel.

Harry Bryan, a retired county extension agent who was Knox County Extension director for 27 years, said LaFayette “was a close, personal friend I’ve known for over 50 years. … I supported him in some endeavors and he supported me in endeavors, also. It was a very good relationship I had with him through the years.”

Tom Howard, former president of Antique Automobile Club of America and a national judge, said he “met the Williamses in 1998; they had bought their first antique car, a 1957 Chevrolet. … In Farragut. … I gave him an application to the Club, and Janice and Lafayette have been good friends (with us) ever since, just wonderful people. He had a very outstanding collection of Chevrolet cars. … He was a very active member in our national club as well as our local club (former local club president).”

Doug Horne, prominent area developer and owner of Republic Newspaper, Inc., parent company of farragutpress, said “I’ve known LaFayette for probably 60 years ... he was probably the most expert cattleman in the state of Tennessee. ... In the last three or four years he would call friends of his and say, ‘I just wanted to call you and tell you how important you are to me.’ ... I thought that was real impressive. He was a man of great integrity and character.”