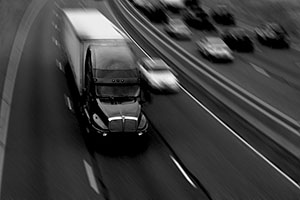 The Town of Farragut is not immune to the prevalence of human trafficking, according to retired Tennessee Bureau of Investigation Special Agent Rick Stout.

Following a Rotary Club of Farragut meeting, where Stout addressed the human trafficking situation in Tennessee, in Fox Den Country Club Wednesday, Sept. 15, he said human trafficking is prevalent in the Town, as it is in Knox County.

“Atlanta is the hub of human trafficking, and Tennessee — and Chattanooga — are not that far away from Atlanta, so this state has a lot of trafficking,” Stout said.

Stout, who still works part time with TBI, told members children as young as 5 years old get trafficked, and the average age of a prostitute in Tennessee is 13.

“It’s a $100 billion a year worldwide criminal enterprise,” he said. “Lining up with crime, human trafficking lines up as No. 2, taking a backseat to, but not far behind, drugs — and often the two crimes are connected.

“Most of the Johns or pimps also sell drugs,” Stout added. “It’s big business that operates in 78 of Tennessee’s 95 counties.”

Stout said gangs also are getting into the human sex trafficking business.

“It’s nothing but modern-day slavery, and Knoxville is a major crossroads point,” he said.

“We don’t like to hear stories like that, but this (issue) is real,” RCF president, the Rev. David Bluford said.

On the flip side, Stout said Tennessee General Assembly laws have led to Tennessee being ranked as the top state nationally for combating human trafficking and reducing the number of crimes.

He related about the work done by Knoxville-based Community Coalition Against Human Trafficking, the only counter-trafficking organization in East Tennessee. It provides victims/survivors with comprehensive, trauma-informed aftercare services.