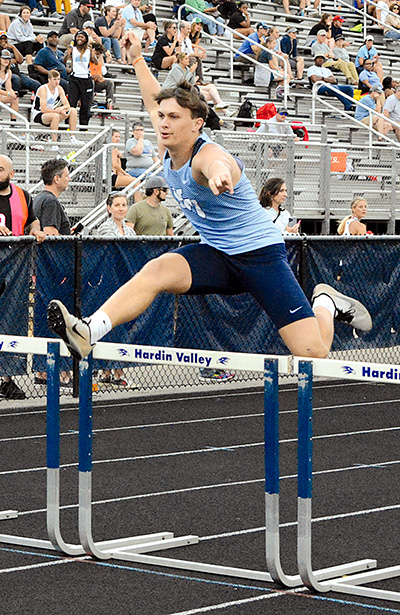 Grabbing four event titles, the HVA girls made it a school sweep, also earning a KIL crown May 2-3 with 164.5 points.

About his top performers, girls and boys, “They all did really, really well,” Hardin Valley head coach Bryan Brown said. “It was about what I thought we would do.”

In fact, the top three teams were the same for both genders, as girls runner-up Farragut totaled 112 followed by Webb with 67.5.

“We are most definitely keeping the program going into the right direction,” Admirals head coach Chris Allison said. “This year we lost a couple of key athletes to season-ending injuries, but to take second at KIL in boys/girls team competitions for the second straight year still shows we have some depth to fill in when we need it.”

“Normally we rely on our 4 x 800 girls every year, but this year we have a very competitive 4 x 400 squad making an impact,” Allison said.