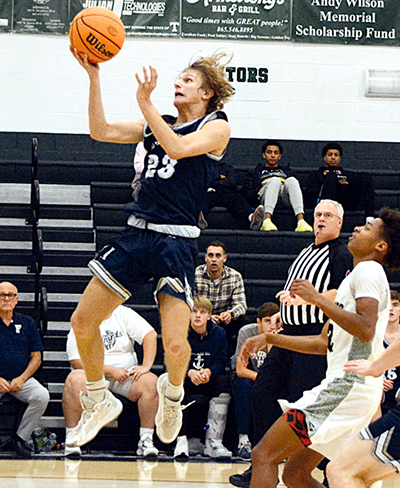 A game-high 23 points from senior post Dallas Carbaugh led the Admirals to a 65-55 victory against Karns in Carter’s Jim Williams Gymnasium Saturday afternoon, Nov. 19, which was the second of three Hall of Fame Games played last week.

Carter used a strong second quarter to hand Farragut its first loss of the season, 63-49 at CHS in the second game of that Saturday doubleheader.

Lane led the Ads with 11 points. Vanacker scored eight — all in the first quarter, as FHS led 15-13 after one frame.

But the Hornets outscored FHS 16-6 in the second quarter, taking a 29-21 lead it would not relinquish.