passed away peacefully on Nov. 30, 2021, in Knoxville, professing Jesus Christ as her Lord and Savior. Sue was born in Walnut Ridge, Arkansas, on Sept. 24, 1936. Her father, Herbert McCall, was a carpenter and farmer. Her mother, Iola Josephine (Neece) McCall, affectionately known as “Momola,” was a mother to seven children and grandmother to 13 grandchildren. Sue was the sixth of the seven children. Sue graduated from Walnut Ridge High School and attended Arkansas State University. She worked as a telephone operator in Memphis.   She was married to Lt. Millard G. Shirley, United States Air Force, in 1958, while he was stationed at Walnut Ridge Air Force Base. Sue and Millard had two children, Mark Alan Shirley, born in Jonesboro, Arkansas, and Sabrina Starr (Shirley) Houston, born in Wichita Falls, Texas.   Sue became an interior decorator. This served her family well, allowing her to create beautiful backdrops for the many homes in which they would live. Sue fulfilled all of the duties of an Air Force wife with detail and care. This included entertaining, moving and taking care of the house and kids when Millard was assigned remote tours in Alaska, Greenland and Australia.  Sue loved to travel and was always ready to pick up and move to a new location. She enjoyed starting over with a blank slate to decorate a new home every few years. These locations included Lompoc, California; Sumter, South Carolina; Wichita Falls; Lincoln, Nebraska; Petersburg, Virginia; Biloxi, Mississippi; Memphis; Colorado Springs, Colorado; Tampa; Woomera, South Australia; Denver; Huntington Beach, California; Palm Coast, Florida; Jacksonville, Florida, and finally to Farragut to live near her daughter.  Sue volunteered for the Kidney Foundation for many years. She was involved in numerous Bible studies and served as an elder in the Presbyterian Church.   Sue had the gift of hospitality. She loved to cook and entertain. Her dinner parties and social events were legendary. Gracious and elegant, Sue will be remembered for her sass, sense of humor and flair for fashion.  She lived life full throttle, despite facing numerous health issues throughout much of her life. She enjoyed spending time with family and friends, shopping, walking, picnics, Tab, good food and playing Bridge, Chickenfoot and Sequence.  Sue lived her final two years at The Villages of Farragut in a beautifully decorated apartment, where she had an “Open Door” policy and spent quality time on her balcony reading her Bible. She made many dear friends and enjoyed participating in the activities and events. Most of all, she loved her Lord, her husband and her children.   Sue was preceded in death by her beloved husband and faithful companion of 63 years, Lt. Colonel Millard G. Shirley, USAF of Springfield, Kentucky; parents, Herbert F. McCall and Iola Josephine (Neece) McCall; brothers, Harry McCall, Thomas McCall and Herbert F. McCall Jr.; and sisters, Joyce Whittington, Katherine Light and Margaret Ann Fisher. She is survived by son, Mark (Trang) Shirley of San Jose; daughter, Sabrina (Paul) Houston of Lenoir City; several nieces, nephews and their families; and three grand-dogs.   Visitation was held Monday, Dec. 13, in Click Funeral Home Farragut. Funeral service was held in the chapel at East Tennessee State Veterans Cemetery Tuesday, Dec. 14, where Sue was buried with her husband, who passed away Jan. 26, 2021.   Family requests donations be made in Sue’s memory to a charity of your choice or to Billy Graham Evangelistic Association, https://billygraham.org/; Samaritan’s Purse, https://www.samaritanspurse.org/; or Wreaths Across America – Knoxville, https://www.wreathsacrossamerica.org/.

beloved husband, father, grandfather, great-grandfather and physician, died Dec. 1, 2021, surrounded by his loving family.   Al was born in Johnson City Aug. 9, 1936. He went to high school in Paducah, Kentucky, and moved to Oak Ridge before attending David Lipscomb College in Nashville. He then attended the University of Tennessee Health Science Center in Memphis, where he received his Doctorate of Medicine degree in 1961. After his internship, Dr. Fry completed a radiology residency in Memphis at Methodist Hospital, and shortly afterward was Board Certified by the American Board of Radiology.   From 1965 to 1967, Dr. Fry fulfilled his Naval obligation, attaining the rank of lieutenant commander in 1966. He served as staff radiologist at Portsmouth, New Hampshire, naval hospital, which serviced incoming Vietnam War-injured servicemen. While there, he also served as the radiation safety officer of the nearby Strategic Air Command Base.   He returned to Memphis in 1967 where he did a fellowship in Angiography/Interventional radiology and served briefly on the faculty at UT. Dr. Fry took advantage of the GI bill in learning to fly, eventually obtaining his instrument rating pilot’s license.  Al began private practice in Springfield, Missouri, and then moved home to Knoxville. Two years later he joined the Knoxville Radiology Group. He started the first angiography suite in the area as an interventional radiologist and further practiced nuclear medicine, pediatric radiology and mammography. After 26 years of radiology practice, Dr. Fry retired at the age of 58 to spend more time with his family. While in medical school, he met Rosemary Kendrick, an elementary school teacher from Haynesville, Louisiana, and it was love at first sight. They were engaged after just two weeks and had more than 61 years of blissful marriage.   Al and Rosemary loved to travel. Their travels took them to Hawaii, Europe, Hilton Head, South Carolina, New England and the Cayman Islands. Their favorite destination was Walt Disney World, where the Fry family created lifelong memories. In 1988, they purchased a home in Hilton Head. This second home became the staple for family vacations, which provided a special place for the Fry family to spend the Fourth of July every year.   In addition to Rosemary, Al is survived by his children: Dr. Paul Fry (Bridgette), Dr. Stephen Fry (Tanya), Mark Fry (Jackie), Dr. Bruce Fry (Cindy) and Dr. Brent Fry (Melinda); grandchildren Taylor Fry (Morgan), Andrew Fry, Calie Collier (Lee), Kendrick Fry (Emma), Hayden Fry, Clark Fry, Chase Fry, Ashlyn Fry, Anna Fry, Mason Fry, Emily Fry, Lily Fry, Michaela Horn (Brad) and McKenzie Bradley; and great-grandchild, Rosemary Collier.   Family received friends from 1 to 2:45 p.m., Saturday, Dec 4, at Hardin Valley Church of Christ. A service followed at 3 p.m. Graveside service will be held beginning at 8:30 a.m., Thursday, Dec. 9, at East Tennessee State Veterans Cemetery along John Sevier Highway, with full military honors conferred by the U.S. Navy and East Tennessee Veterans Honor Guard. 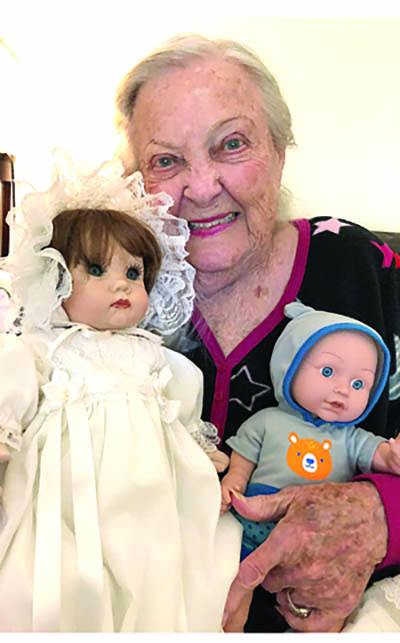 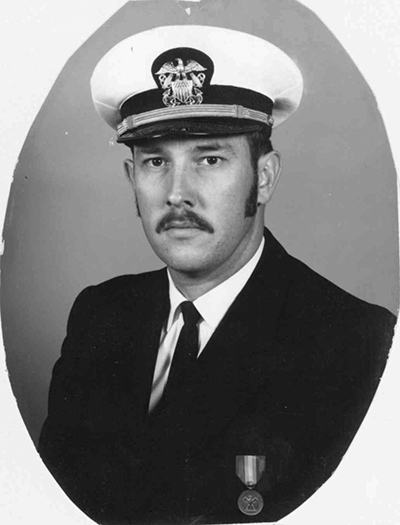 He was preceded in death by his parents, Jesse E. Lewis and Jennie Fay Lewis; and grandson, Aaron Collins. While in high school, Erwin played saxophone in the band and earned his pilot license. He graduated from Washington State University in 1960 with a B/A degree in business administration. After college, he went in the Navy and went to Officer Candidate School and reported to the flagship USS Providence of the 7th Fleet. He had several tours of duty in the Pacific. On one of his returns to Long Beach, California, he met a school-teacher named Pat. They were married in 1963. Erwin continued his Naval career in the Reserves, and retired after 22 years as a lieutenant commander. The couple lived in Walnut Creek, California, where they had three children. Erwin was in the police department for several years and was involved with the Berkeley riots. The family moved to Knoxville in 1977, where he became a site locator with Levi Strauss for several years, then moved into the hearing aide business for many years until he retired in 2006. After retirement, the couple traveled to many countries and places and kept active. He is survived by his loving family and will be missed by all: his wife, Pat, of 58 years; daughter, Stacy (Derek); son, Kent (Holly) and Craig (Amy); grandchildren, Ryan (Karlie), Tyler, Morgan, Kyle, Gabby and Ally; and Erwin’s brother, Stanley Lewis. Family and friends will gather at East Tennessee Veterans Cemetery, 5901 Lyons View Pike, at 1 p.m., Thursday, Nov. 4, with full military honors. A private interment will be held at a later date. 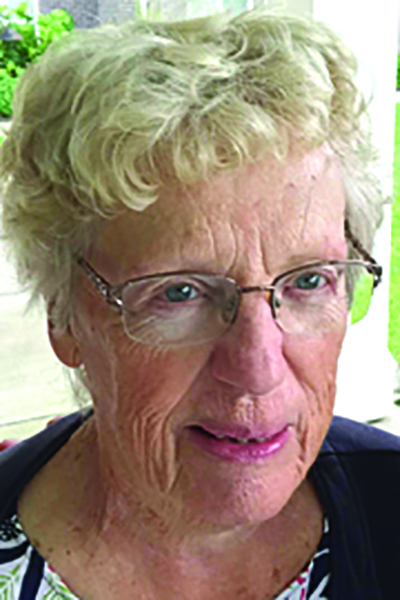 of Farragut, Tennessee, went home to be with the Lord on Friday, Oct. 15, 2021. She was a loving wife, mother and Nana who devoted her life to her family. Gloria loved hiking, water activities, travel, reading, puzzles and cheering on her grandchildren and great-grandchildren’s activities. In the final years of her life she enjoyed the company of her community at “The Villages.” She is preceded in death by her husband, Steven Thomas Mahr. Gloria is survived by her five children and their spouses; 12 grandchildren and 25 great-grandchildren. She has left a lasting legacy. Gloria will be laid to rest next to her husband, Steven, at the East Tennessee State Veterans Cemetery. In lieu of flowers, the family requests that donations be made in Gloria’s memory to Mission of Hope, 6030 Industrial Heights Dr. NW, Knoxville TN 37909. Arrangements by Cremation Options, Inc.: www.cremationoptionsinc.com

our beloved son and brother, died at home unexpectedly on Wednesday, Aug. 11, 2021. Scott was born Nov. 6, 1968, in Nashville. He lived in Knox County most of his life and graduated from Farragut High School in 1987, where he was a talented soccer player on the FHS team. He scored the winning goal to win the 1985 state championship. Those who knew Scott recall him as a kind, sincere and gracious person who deeply loved his family. Many friends spoke of Scott’s infectious smile and wonderful sense of humor. Scott will be greatly missed by his father (Marty) and mother (Dava), and siblings, Mark and Anne. In addition to his parents, Scott is survived by his brother and sister-in-law, Mark and Laura Shoffner, and his sister and brother-in-law, Anne and Scott Laird; and his former wife, Deena Khalaf , with whom Scott had maintained a loving relationship. He currently is in the arms of our Father in heaven and has now found the solace and pain relief that he needed and sought for so long. A service of remembrance will be held at a later date. Those who wish to remember Scott in a special way may make gifts in his memory to the Interfaith Health Clinic in Knoxville.